Planning to build a Native like cross platform app? Hire dedicated React Native developers on hourly or full time (dedicated monthly) basis from us for native and fast development of Android, iOS & Windows mobile apps. We deliver React Native projects with high efficiency while catering to small, mid-large scale businesses, helping them save costs up to 60%.

Guaranteed Response within One Business Day!

Our dedicated React Native developers have build 100+ user friendly and engaging mobile apps for different type and size of businesses. Here are the service areas where we excel-

When you hire our React Native developers, you get a team specialized in catering to a wide array of industry verticals including all kinds of start-ups and small-to-midsize businesses.

Checkout some of the best projects our offshore React Native programmers have handled so far...

Chatbot Telegram based smoothie nutrition application is one of the most user friendly mobile applications. It is able to help users maintain healthy diet plans by discussing with chat-bots and specialists over messages. Using the Mobile.... 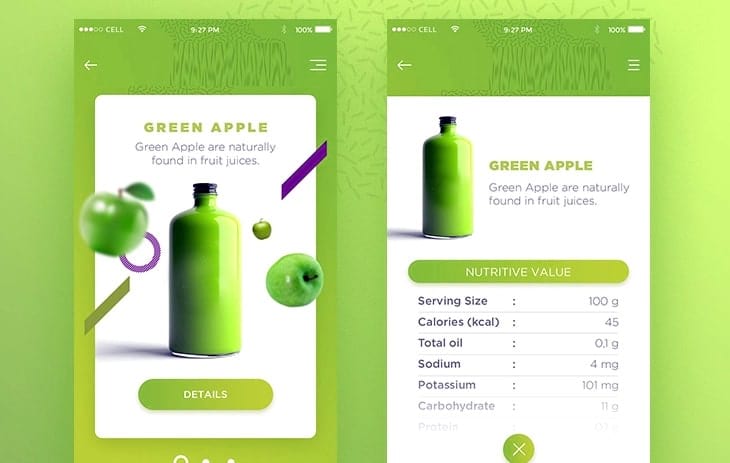 VPN protection app is created in order to make all your internet... 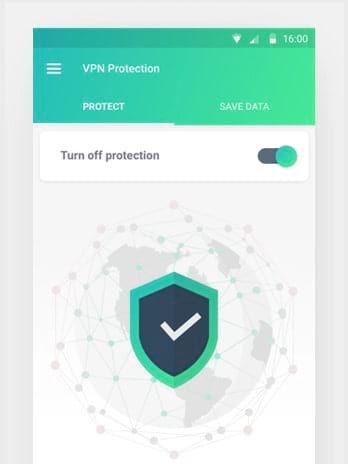 This application is mainly for the watch lovers and provides accessibility to AI-based marketplace. The users will need to register themselves to discover the real-time features of the platform. The users can scan the watch and it will show up all the details.... 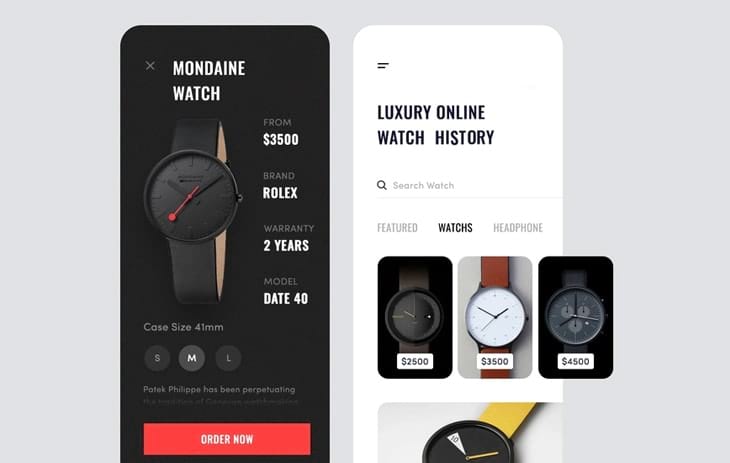 This is a Swiss company that converts every shop into a... 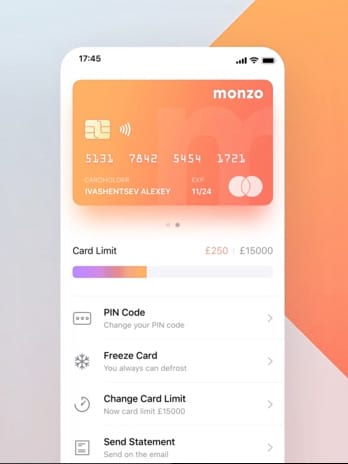 The app allows users to find information about the event in the nearby location/region. Users can use the application to create an account. Once the account has been created, they will land on the home screen where they can.... 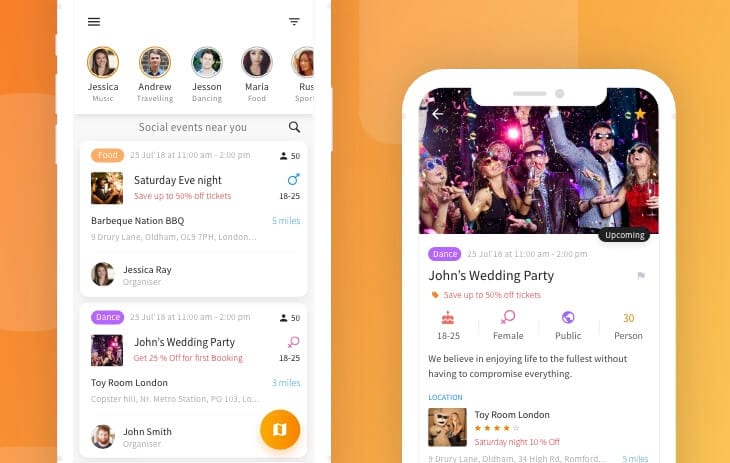 Parents monitoring app is designed for parents to keep track of... 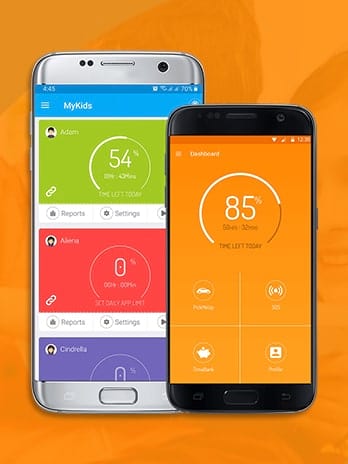 Still not convinced? See what our customers are saying..

zivratech is very professional development team. I used their expertise in the building of an online comparison tool. We defined a clear scope and the team designed mock-ups first. With the help of online project tools and Skype Q&A sessions you can really work together despite the great geographical distance. I would highly recommend the services of zivratech as they go the extra mile to deliver a good product.

I engaged zivratech in January of this year to provide software development expertise for our 20/20 B.E.S.T Safety Software and the results have been fantastic! Not only is the dedicated software team knowledgeable & helpful but zivratech also provided a liaison & an HR representative to answer any questions I might have & also keep me informed on my dedicated team of developers. Their professionalism & willingness to “go the extra mile” for their customers has not gone unnoticed...

zivratech is our go-to partner to help us realize our software needs; they are supportive, friendly and always ready to help us when we face difficulties in the project. 10/10 would recommend.

VC has been able to establish the continuity of the development process . On balance, we can say that it was the right decision to outsource the development to India and that VC was the right choice.The cooperation with VC allowed us to develop our application at a higher speed with the same quality as before in Germany. For our company this has been an important achievement

zivratech is the strong development partner that we were looking so far. The mobile team at zivratech served the job excellently & knows very well how to build amazing apps within time. They know how to maintain good relations via effective communication. Their quick response to each query is highly appreciable. The final app delivered to us is of high-quality & developed strictly for our project's requirements...

A great team of problem solvers. At zivratech, they have a great culture. We worked as a team, not as a client and developers. They stay connected and report on a regular basis. In the end all culminated in an awesome product.

zivratech is a remarkable offshore IT company with highly skilled developers. They have provided me expected outcomes for every project they undertook. I highly recommend zivratech to others.

Our internal development team was looking to partner with full stack experts that could lend a hand with a major project we were constructing. Value Coders is a great service and team of professionals that have proven to be knowledgeable and efficient in program development. Rohan S. was a key developer we worked with, highly skilled, providing recommendations to build out a production ready program

zivratech have been instrumental in the building of our new platform. They have sourced us a developer who really felt like a true extension to our team. Communication throughout the project has been excellent & confidentiality was respected from start to finish. The developer's knowledge was beyond expectations & they helped us overcome many problems we faced. We are looking at outsourcing more of our work in the future to zivratech.

Know more about our processes and how we work, with the help of the following FAQs.

Will a React Native App Perform Like a Native Application?

It takes a very in-depth understanding of the framework to develop a Native like application using the React Native framework. So, its only an experienced React Native mobile app development company that can help you in this regard.

Is it Possible to Migrate an Existing Native App Into a React Native Application?

Yes, but that again requires a collaboration with a skilled team of React Native App Builders. The time that it would take to migrate an existing Native app into React Native application will be a little higher than creating a new application altogether.

Is React Native the Future of Mobile App Development?

Considering the dynamic app market demand, it is safe to say that cross-platform app development processes, particularly ones surrounding React Native are going to be very high in demand in the time to come.
But, the fact that Native apps offer uncontested quality cannot be contested. So, it is still very soon to declare React Native precedence over Native in the future of mobile app development.

How Much Does It Cost to Develop a React Native Mobile App?

The cost of React Native app development depends on a variety of factors: app categories, their complexity, feature set, UI design, etc. After thoroughly analyzing your application scope & idea, we will be able to quote a ballpark figure.

We are providing pricing models as per your project requirements: - Dedicated Hiring
- On an Hourly Basis
- Fixed Hiring
are some of our hiring models.

Do you have a service level agreement in place?

Why should I hire a dedicated development team?

Following are the benefits of hiring dedicated & skilled developers:-
- An opportunity to leverage expertise of skilled developers
- Total control over the development process
- Quality Assurance and Risk Minimization fully guaranteed
- We will provide a dedicated Scrum Master (Project Manager) to manage your project and team, without any additional charges.
- And at last, but not least is the fact that developers work as a part of your team

How can I choose the developer of my choice?

After careful consideration of your project requirement, we assign a skilled and seasoned programmer to work on your project under a well-established IT set-up. If you prefer, you can conduct as many interviews as you want, before you hire a developer of your choice.
If in-case, the expertise of a hired developer does not deliver the desired output or if you want to add more developers with the diverse skill-set, then we will help you in both situations right away. We ensure 100% project success so that you have absolute peace of mind.

How React Native app development can help you grow your business?

React Native is a cost-effective technology that is used to build hybrid mobile apps using the same code. As a result, it saves time, investment as well as efforts, while ensuring development of interactive mobile apps.

How to find a full-stack React Native development company?

To find the best React Native development company, you need to see its experience and work on that technology. We, at zivratech, have built 250+ web apps and have been delivering excellence for over 14 years.

What are the advantages of React Native?

The major benefits of React Native are:

1. An existing app can be easily upgraded by adding native UI components into the existing code.
2. Developing and publishing updates for apps is faster with React Native.
3. Speed and agility along with responsiveness and a great user experience is assured with React Native apps.

Hire React Native developers for your next project!

Check out our latest publications and research works on React Native- 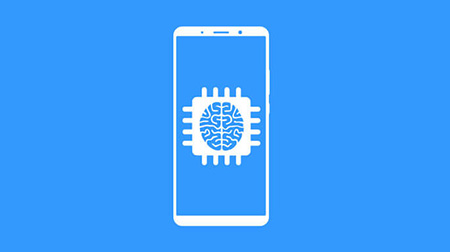 How AI and ML Have Revamped Mobile App Development?

Today, every business wants to create new users and retain the older ones with their mobile applications. To achieve this goal, the businesses must be fulfilling the needs... 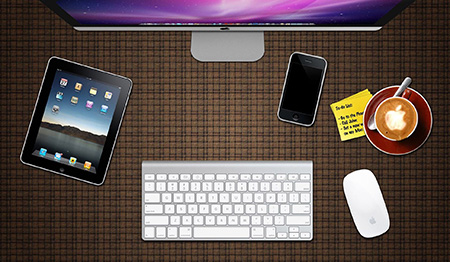 Ways To Select The Best Technology Stack For Mobile Development

Mobile app development has revolutionized the way we do businesses today. Business owners can’t neglect the power of the... 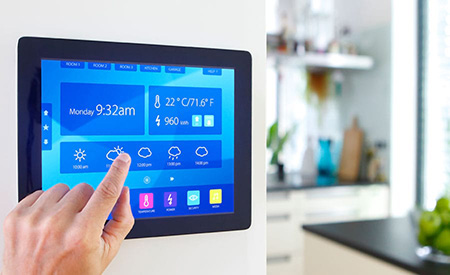 How is IOT Leveraging the Mobile App Development Industry?

With the fast pace, the mobile app development industry is experiencing useful and innovative changes due to the emergence of...